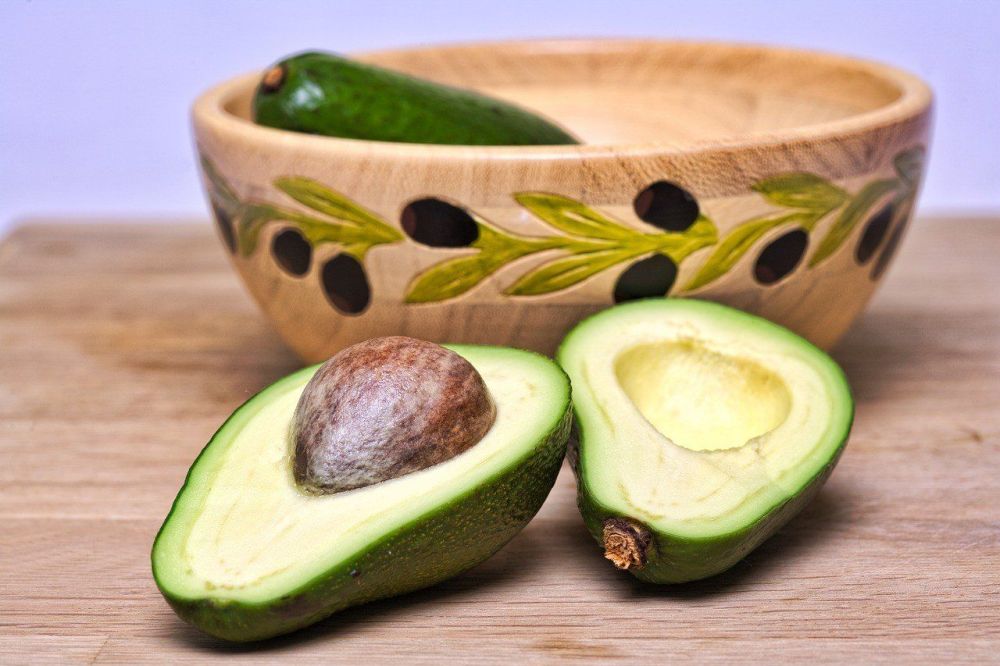 Stuffed with prawns, guacamole sauce, smoothie, or salad for breakfast, lunch, or dinner, avocado has begun to form part of the diet of a large part of the world’s population in recent years. According to the UN Comtrade Database, the US is the largest avocado importer. The country’s quantity has almost tripled in recent years, from 345 million kg in 2010 to nearly 928 million in 2017. This « avocado fever » has also reached Europe, where in the last seven years, it has been more than doubled the region’s import levels.

And Why Has This Exotic Fruit Become So Famous? 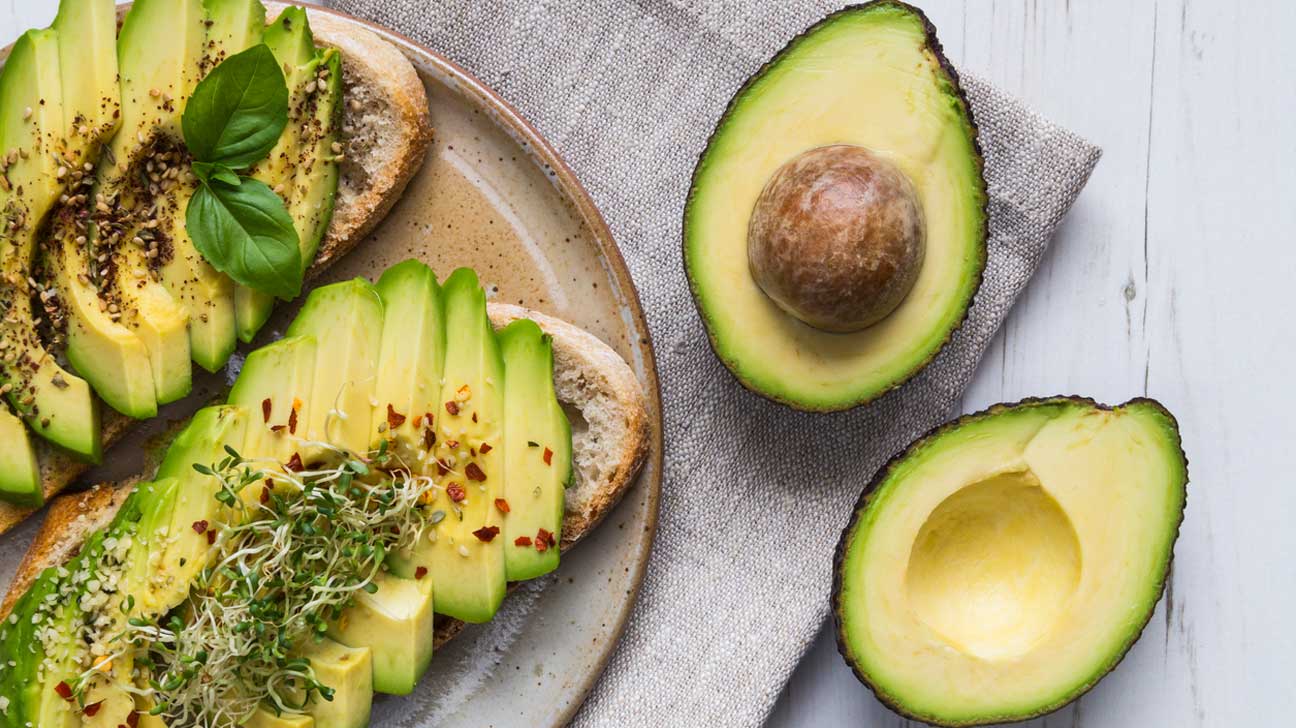 Undoubtedly, due to its numerous nutritional properties: it is rich in monounsaturated fatty acids (Oleic acid), magnesium, potassium, vitamins C, E (a powerful antioxidant), and B6. Also, various studies have indicated that avocado consumption reduces the levels of total cholesterol and its LDL-Cholesterol fraction (‘bad’ cholesterol) and triglycerides in the blood. It is not all gold that glitters; this superfood is causing many benefits for consumers as disasters in the major producing countries’ ecological systems. Among these, Mexico is the undisputed protagonist, with a historical production in 2017 of almost two million tons, also standing out as the first exporting country.

But What Is Behind This Exquisite and Much-Loved Fruit? 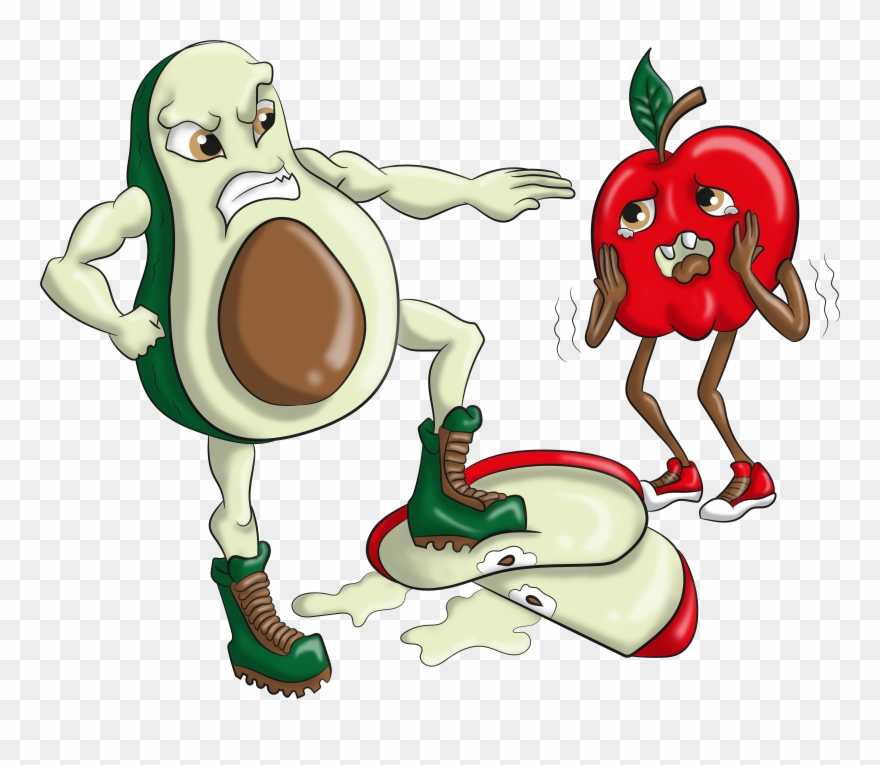 The answer seems easy when you look at the facts: avocado cultivation causes deforestation, endangers wildlife, finances drug cartels, and contributes to the water crisis in many parts of the South, where it is mainly produced. So, yes: since these are the side effects of our healthy food today, how should we react ethically? Should we stop eating our favorite food altogether? That’s perhaps a little more difficult to understand? For now, it is not necessarily the most ethical solution. Let’s find out why.

The cultivation of this fruit is causing severe environmental problems in the major producing countries. In Mexico (mainly in Michoacán), many farmers have burned large forest areas to convert to avocado monoculture. Also, the high water retention for avocado cultivation reduces the amount of water available for the region’s animals and inhabitants.

The British media The Guardian has investigated the situation of the inhabitants of the province of Petorca (Chile) in its article « Chilean villagers claim British appetite for avocados is draining region dry. » In this region, the British newspaper states that « many avocado plantations install illegal pipes and wells to divert water from rivers to irrigate their crops. As a result, residents claim that rivers have dried up and that the groundwater level has dropped, causing a deep regional drought. For this reason, residents are now forced to use contaminated water delivered by pickup trucks.

A study commissioned in 2014 on dispensed water showed that levels of coliforms – the bacteria found in feces – were far above the legal limit. Veronica Vilches, a Chilean activist, interviewed by The Guardian, commented that « to send good avocados to Europeans, we are drinking water with poop. »

How to Solve This Problem?

This superfood may seem way too much of a challenge to many. Nor does a complete boycott of a product whose export has turned into a burgeoning economic activity worth billions of dollars for some countries seems the most appropriate solution. 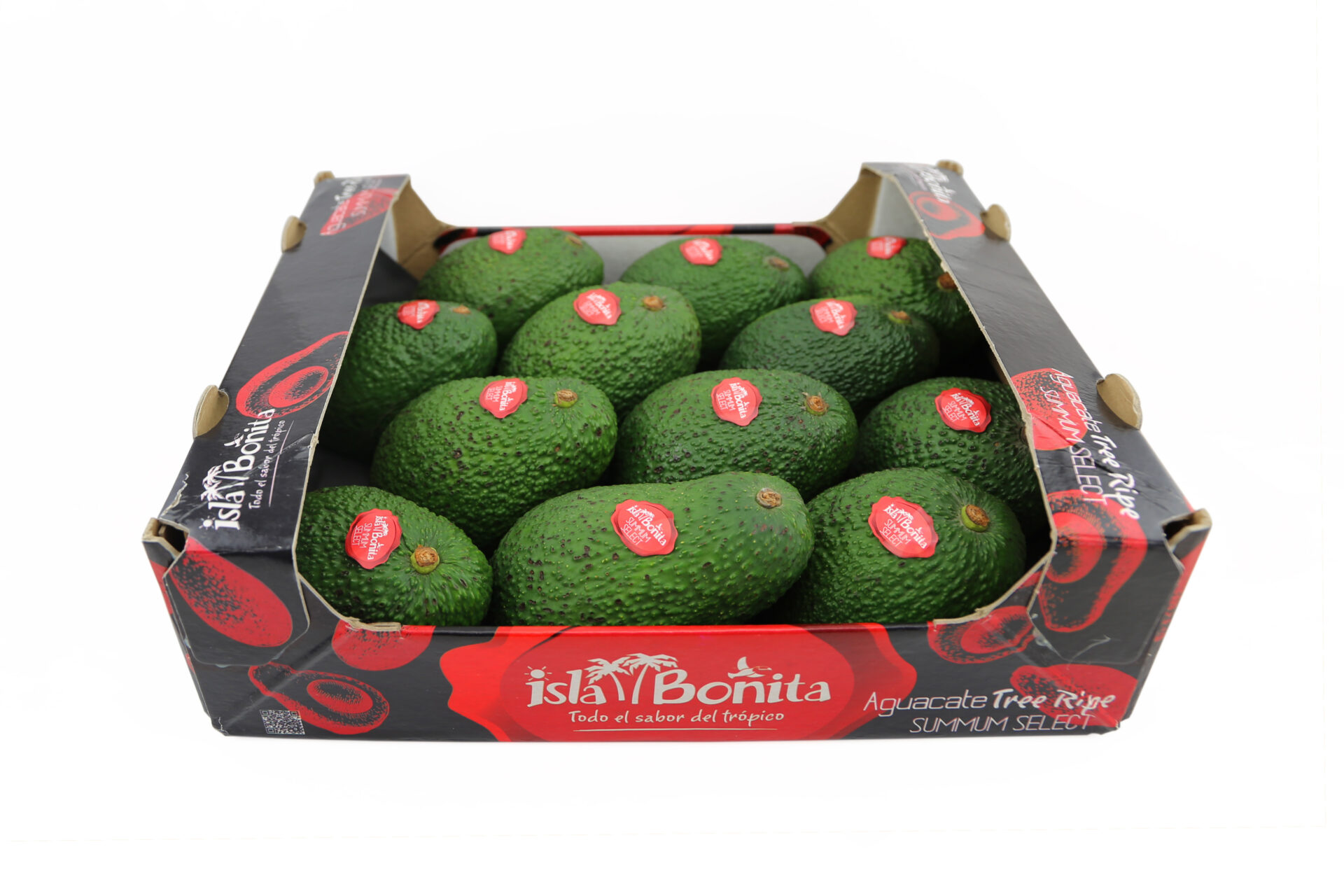 The next time you go to the supermarket, you could start looking at the origin of the products you buy and which ones have obtained social, environmental, or economic sustainability certifications. There are already many types of certifications (Rainforest Alliance, Fairtrade (Fair Trade), UTZ Certified, just to name a few) – you just need to identify which ones are your favorites! 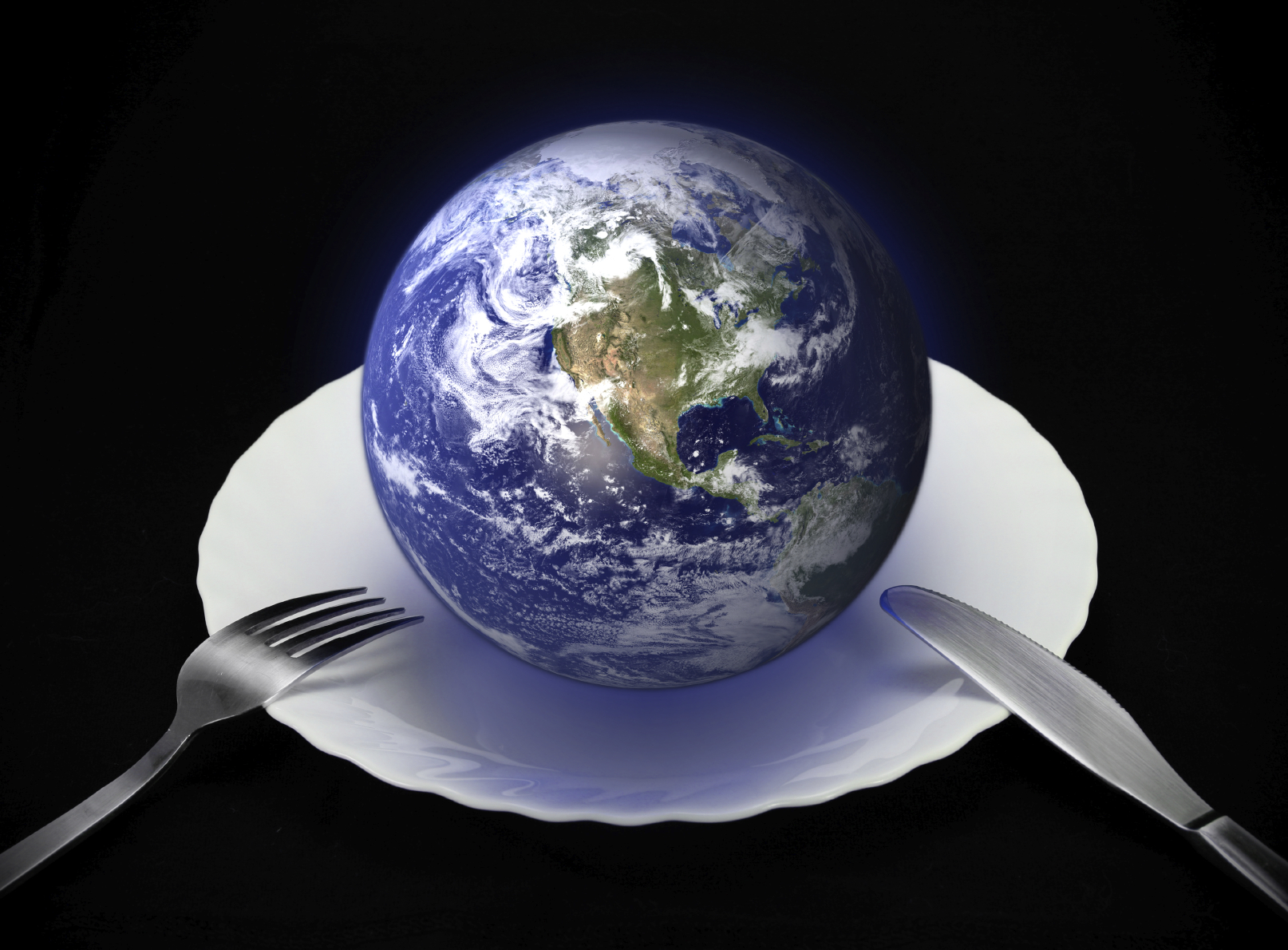 While we know what foods are bad for us and how we should consume them in moderation to stay healthy, did you know many foods are actually bad for our planet’s health? Yes, you read that right! Often, when it comes to our Earth’s health and climate change, all we tend to think about are the cars we’re driving and our energy use in our homes and offices! We don’t always see the environmental impact that particular food has when choosing what to eat daily, especially when we’re indulging in a delicious bite of hamburgers or salmon.

Some of us choose to avoid thinking about where our food comes from and how it’s made, probably because we know that the reality is not pretty. Others just don’t know the ways our food is produced. Well, food is food. Why should we have to think so much about the thing that keeps us alive? We may feel that we’re doing our part to keep this planet clean and healthy by recycling or riding our bikes to class, but the reality is that it’s time to pay more attention to our food choices.

The bad news is that the agricultural world is known to produce a serious amount of greenhouse gasses, which can significantly impact the environment. The production cycles behind a lot of our foods have a large carbon footprint, require a lot of water, or drive deforestation. From farm to fork, food production to processing to transportation accumulates enormous amounts of energy, water, and chemicals.

Not all food is bad for the environment, and you can take a look at foods that have a positive impact here. But here are some foods to watch out for as being surprisingly bad for our planet.

We all probably saw this one coming, but really, beef is one of the worst things you can eat if you’re thinking of conserving our planet.

For every quarter-pound of beef, you eat (typical hamburger size), about 600 gallons of water are used. On top of that, more greenhouse gas emissions come from cows than from the transportation industry. Cows produce massive amounts of waste that can pollute nearby streams. Going meatless even once a week can decrease your carbon footprint by an incredible amount. Think you could never go without meat? Try this meatless burger recipe, and you won’t even notice it is gone.

I have some sad news for all of the smoothie lovers, banana ice cream addicts, and banana pancake fanatics. Bananas are ruining the planet. Have you ever seen a banana at your local farmers’ market? Probably not because they’re usually grown in South America, traveling thousands of miles to get to American grocery stores, where they’re sold, which releases loads of carbon into the atmosphere. Bananas are also wrapped in plastic when they’re transported, so grocery stores can differentiate between conventional, organic, and fair-trade bananas.

Rice uses one-third of the world’s annual freshwater. This crop makes your 45-minute showers seem like nothing (please don’t take this as me promoting long showers). Rice is very tasty, but countless other grains can easily replace it and are usually healthier. If you love fried rice, try this Chicken Quinoa Fried Rice. You can also make cauliflower rice, which is lower in carbs and better for the environment. 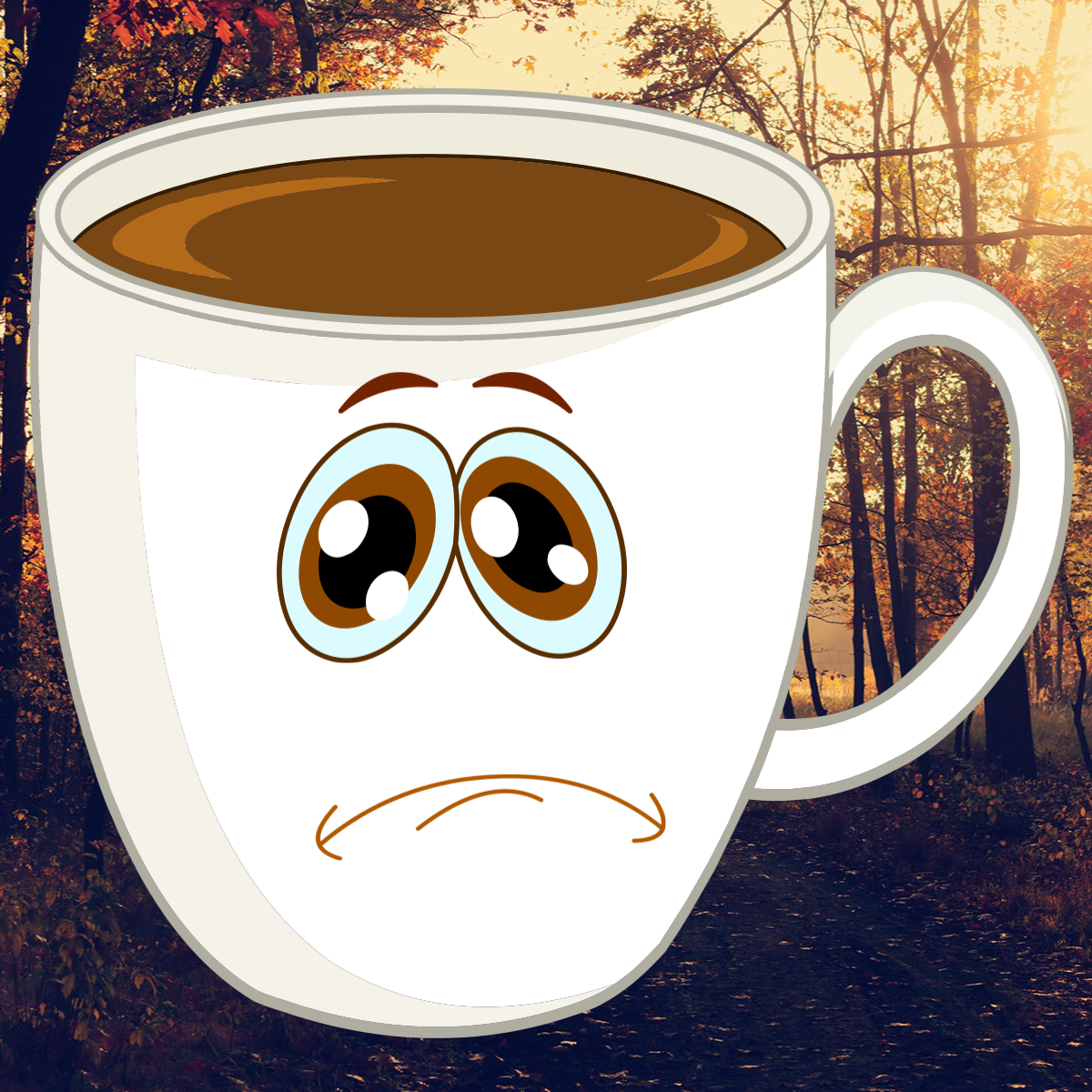 I don’t know about you guys, but hearing about the impacts coffee may have on our environment made me shed a few tears. I am wholeheartedly addicted to coffee, and I will be the first one to admit that. But we must face the reality that coffee is destroying our world’s ecosystems.

There has been such an increase in demand for coffee that trees are being deforested at a high rate. Coffee is grown in sunny, deforested areas, with harsh chemicals being used to accelerate its growth.

So how are we ever going to find a replacement for coffee? It’s really a hard one. If you can never give up coffee (me), look for coffee that’s locally grown, or the Rainforest Alliance certifies that. You can also try some tea. Black tea has the most caffeine.

Corn is used in so many things that we consume daily. It’s produced to make corn syrup and vegetable oil, is in basically all processed foods, and it’s grown to feed cattle. It uses the most land out of any crop in the United States.

The bad thing about corn is that it’s grown in huge monocultures. This means large fields are used for only corn, and the corn ruins the soil. This method of growing corn also requires many chemicals and water. How to avoid corn? Use olive or coconut oils instead of vegetable oil. Avoid corn products with corn syrup; it’s terrible for our planet and health. Use tortillas made from whole grains instead of corn tortillas. 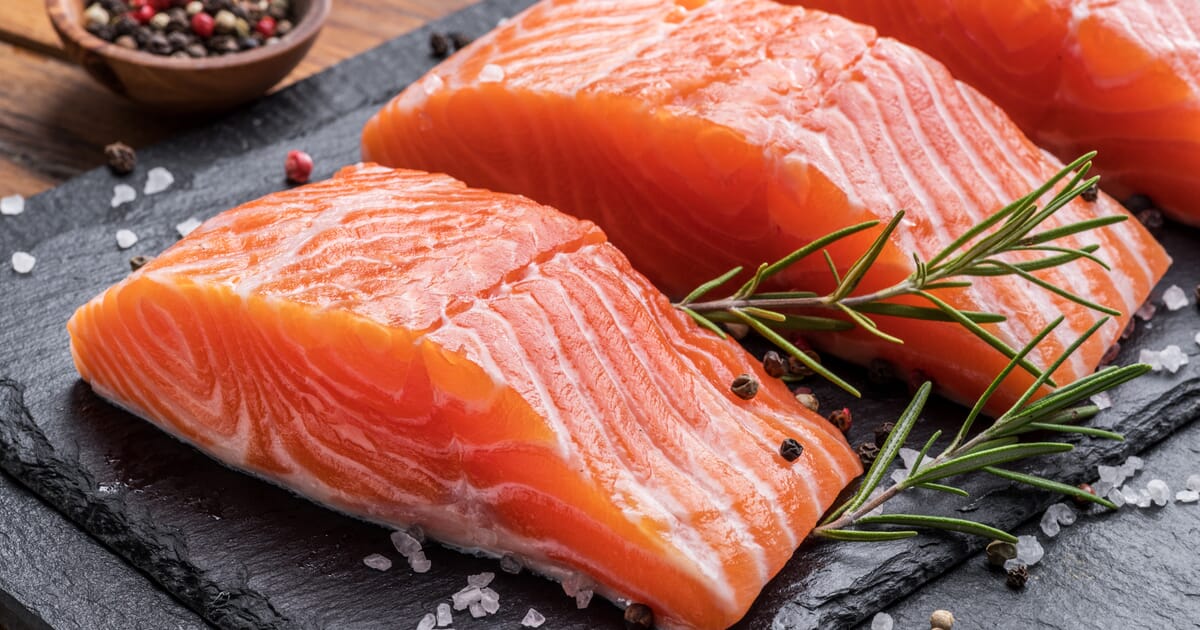 Salmon is rich in omega 3, which is highly recommended by health experts. However, salmon farming is one of the most destructive aquaculture systems that there is. The aquaculture practices require the use of open net-cages that are directly thrown into the ocean, waste from the farms, chemicals, and disease-causing parasites are released directly into the ocean waters, threatening other marine life. The practice has also resulted in the depletion of wild fish stocks due to the high protein required to raise salmon.

This list of foods may seem a little daunting. We’re so used to consuming many of them every day, but all we can do is try our best and eliminating these foods from our diets. Doing so is not entirely realistic but making an effort to lower your consumption of these foods is better than giving up.