5 Ecological Inventions That Could Save the Planet (Part 2)

Faced with the cataclysm announced in Part 1 about the death of our planet, some people decided to work at their level to save the world. They were ecological inventions, innovative and eco-friendly products, good initiatives, etc. The hummingbird effect brought by Pierre Rabhi touches more and more citizens around the world. Here are some initiatives to follow closely, support, or adopt to give a little air to the planet.

The idea comes from the Dutch company Port-Liner who was proposing to make maritime transport greener. To do this, it has developed some 15 electric cargo ships powered by solar and wind energy. Called “Tesla ships“, they are already being used in Amsterdam, Rotterdam, and Antwerp.

The EU has financed a large part of the project, and if the effects are conclusive, this boat could replace the most obsolete cargo ships of various fleets. The performance is promising; on average, this type of green transport could also replace more than 20,000 trucks!

2. Even greener and more sustainable bikes 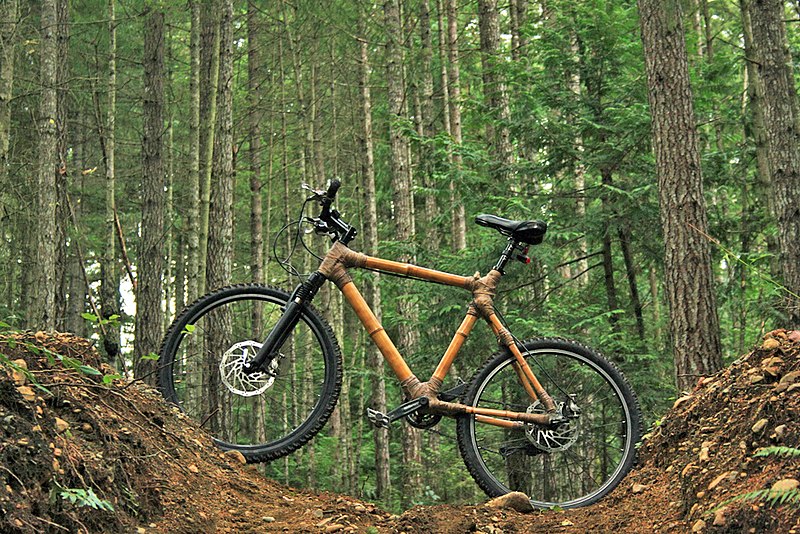 Bernice Dapaah is a Ghanaian entrepreneur. To meet the needs of her country, she has developed bamboo bicycles, 100% natural, ecological and recyclable. Faced with the growing poverty in Ghana, she wanted to allow everyone a minimum of mobility. But that’s not all. The price of these bamboo bicycles is much lower than those imported. In the end, local activity is favored, and the ecological impact is reduced.

3. Raw earth bricks instead of concrete

Construction is a highly polluting field. Sometimes, degrowth is a good thing, especially when we use renewable, natural, and robust materials. In the south of France, in Albi, Etienne Gay manufactures raw earth bricks designed by a unique machine in the world.

Not only are raw earth bricks excellent thermal and sound insulators, but they are also recyclable! Low cost, high tech, it is an ancestral building material that could give a little oxygen to the world of construction.

4. Clean up the oceans

Many projects to remove plastic from the oceans are in the experimental phase. But the Lady Landfill Skyscraper, proposed by a Serbian company in 2011, remains one of the most impressive.

It was to implant a recycling center in the ocean. It would be immersed up to 30 m deep to suck up the waste. They would be stored in reserves provided for this purpose before being recycled on the upper level of the building. This would have been a closed-loop project as the remains would have been transformed into energy to run the building.

Note: In 2021, I tried but could not get any updates on this project. Did it ever take form? If you have the information, please don’t forget to share it in the comment section below.

Faced with the drought and the lack of water that threatens to strike humanity, the Italian artist and architect Arturo Vittori has designed a unique solution in the world. The Warka Water allows capturing the humidity of the air to transform it into water. Per day, each structure can then recover nearly 100L of water. It is a real feat to bring water to the most deserted regions of the world.

Warka Water was installed in Ethiopia, Haiti, Cameroon, and Togo. Arturo Vittori did not stop there and proposed other innovative projects in the same countries, namely the Warka Tower, the Warka Garden, etc.

To fight against deforestation, urban farms could well see the light of day on a large scale. These are large towers in which the production of fruits and vegetables would be installed. Such an innovation would allow continuous production while preserving forests and bringing food directly to city dwellers, limiting transportation.

The company Refarmed launched in 2016 in Denmark, already offers this type of concept on the roofs of some shopping malls to resell the crops directly in the store!

How did you find this post? Don’t forget to leave us your comments and share this article.