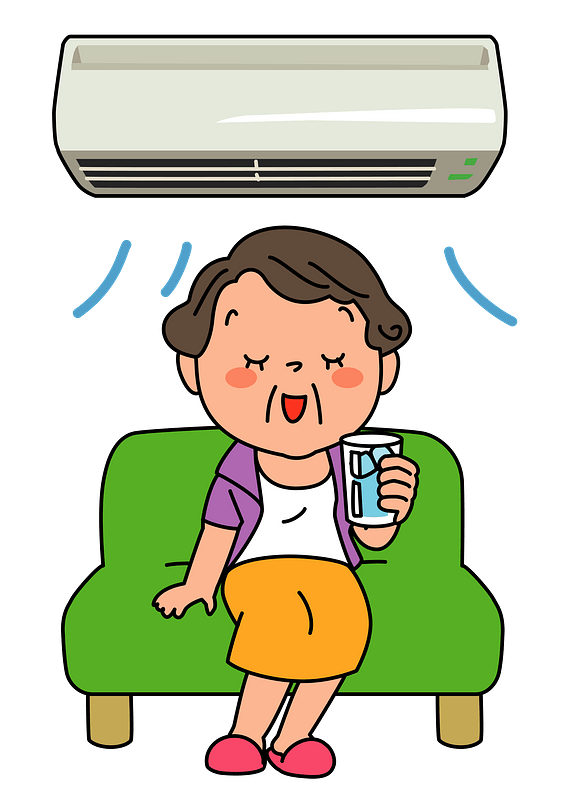 Air conditioning is on the rise, but it is often questioned for its impact on our health and the environment.
Is it dangerous and should we be wary of it? This post provides you with the answer.

An air conditioner can reject refrigerants which are responsible for the increase in greenhouse gases:
– Indeed, these fluids have a strong warming power evaluated by the GWP (Global Warming Potential);
– In order to avoid refrigerant emissions into the air, it is important to carry out a proper installation and regular tightness checks. In itself, an air-conditioning circuit is closed, therefore no emissions.
– Air-conditioning creates a vicious circle, known as an urban heat island, which is found in large cities:
◦ The higher the temperature rises, the more air conditioning is used;
◦ But the more we use it, the more heat is released into the air with air/air conditioning systems.
◦ To remedy this, large cities use centralized air conditioning systems that reject heat to water loops.
Air conditioners use a lot of electricity:
– Your bill can increase by 20 to 25% for a 45 m² surface area during the summer;
– During the 2003 heat wave, peaks in electricity consumption were a real concern, even though only 10% of households had them.
– The peaks in electricity consumption that we find in winter during cold spells are now also found in the summer period during heat peaks.

Ban on CFC and HCFC refrigerants

CFCs (chlorofluorocarbons) and HCFCs (hydrochlorofluorocarbons) have been very popular in the refrigeration industry, particularly as refrigerants, in air conditioning systems because:
– They are non-flammable;
– They were not expensive: about $2 per barrel;
– They have a good resistance capacity;
– They do not degrade;
– They do not damage the installations;
– They are easy to liquefy.
On the other hand, these two types of fluid contained chlorine, responsible for the hole in the ozone layer. They were therefore all progressively banned by the Montreal Protocol.
New refrigerant gases for air conditioning
Today’s manufacturers are concerned about the environment and are helping to reduce waste and the environmental impact of air conditioners, by using new refrigerant gases:

◦ It reduces the impact on the ozone layer to zero;
◦ Some air conditioning systems reduce their power consumption for equivalent performance;
◦ However, its action on the greenhouse effect is 2088 times greater than CO2! Fluids in its category (HFCs) are in the process of being banned soon. For the time being, they are subject to a quota system limiting their use.

◦ To cope with HFC restrictions, manufacturers are mixing fluids to reduce their impact on global warming;
◦ In air conditioning, the fluid currently used is R32, it has a greenhouse effect 3 times lower than R410A but more than 600 times higher than CO2!
– The new HFO (hydrofluoroolefin) refrigerants:
◦ They have no impact on the ozone layer and have a low greenhouse effect;
◦ They have a performance equivalent to previous fluids;
◦ They are slightly flammable.

◦ They are said to be natural;
◦ They have no impact on the ozone layer and a low greenhouse effect;
◦ They are already present in domestic and professional refrigerators;
◦ They are flammable.

◦ It is said to be natural;
◦ It is an excellent refrigerant;
◦ However, it is toxic and flammable;
◦ In spite of this, it remains in the industrial environment ;
◦ It has no impact on the ozone layer or greenhouse effect.

◦ It is said to be natural;
◦ It is neither toxic nor flammable;
◦ It has no impact on the ozone layer and a low greenhouse effect;
◦ It has a high usage pressure;
◦ Its use involves special air conditioning compressors, but it is of increasing interest for the heat pumps, and food processing industries.

For peace of mind about the environment, there are totally environmentally friendly air conditioning systems available.
There are two main ones:

Solar air conditioning uses the principle of sorption. A natural refrigerant (often ammonia) is mixed with water to absorb heat and release it. This system works without a compressor, there is only a consumption of electricity for two circulators (very low consumption). The compression is called thermal instead of mechanical and is done through solar panels.

The evaporation of water is a natural cooling medium, identical to perspiration for humans. Water on the skin evaporates by absorbing body heat. This same principle is used by bio air conditioning. Water is injected into a media, a fan creates a flow of air that passes through the media to become charged with moisture, thus cooling the air that is injected into the room.

At the end of the day, all air conditioning methods are polluting the environment one way or the other because just the mere fact of using electricity is a source of pollution in itself. Now, the option is in the hands of all of us as to which method we will be using. Please note that this blog is just getting started. Remember to leave your comments below and share your thoughts with readers.